Home / Halloween / So you’ll never be on time for the school Halloween parade… It’s cool! 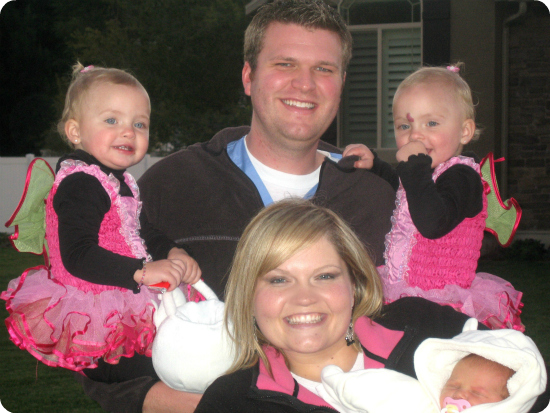 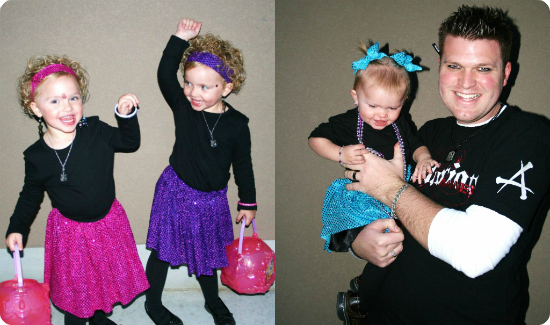 This year we let our girls pick out whatever costumes they wanted, and didn’t sway them one bit. The twins wanted to be something scary, so we went shopping and they decided on vampires. But then they got upset when they saw blood and freaky makeup… so they chose to be “pretty vampires” instead. ha!
Aubrielle chose to be a princess, of course.
Happy kids with costumes.
… Halloween win. 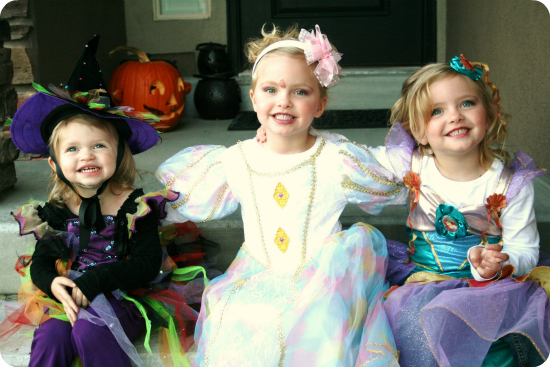 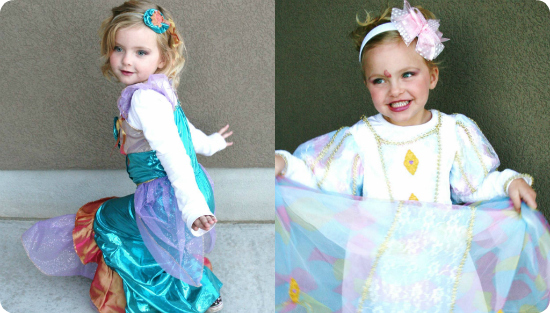 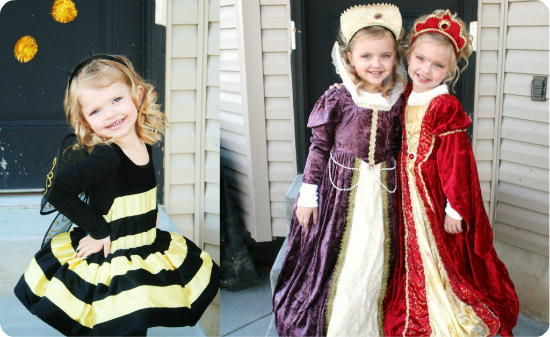 This morning I woke up at 6am, after 4 hours of sleep, so I would have plenty of time to get me (showered & ready for the day) and 3 girls all dolled up, in full-on costumes for school parades that started at 8:45 and 9:15am.
We left the house this morning at 9:05.
…Halloween fumble. 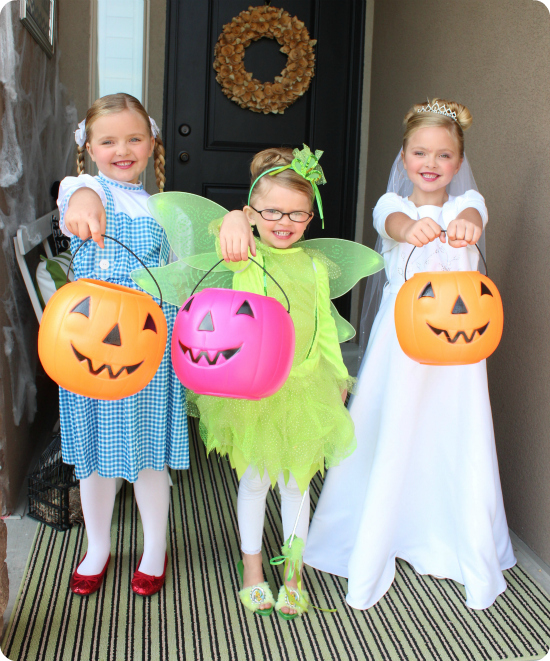 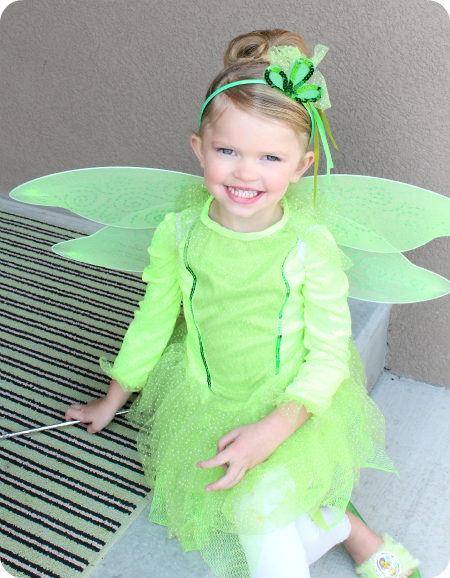 Our twins go to one school, and our youngest to another. We weren’t quite sure how we were going to make both of these parades (if at all), because the times were just so close together.
In the calmest fashion possible, we sped to the first school, gently tossed our kids into the already moving parade line once we arrived, ran quickly up ahead to wave at them, snapped some pictures, gave them kisses, words of encouragement, and dashed off to our next school. 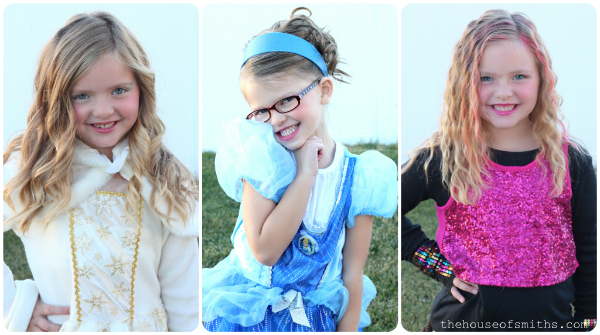 The same operation went down with our younger one.
Act calm, toss into parade line, run like the wind, look like you’ve been there for hours waiting, wave, snap pictures, kiss-kiss, and tell them they are wonderful. 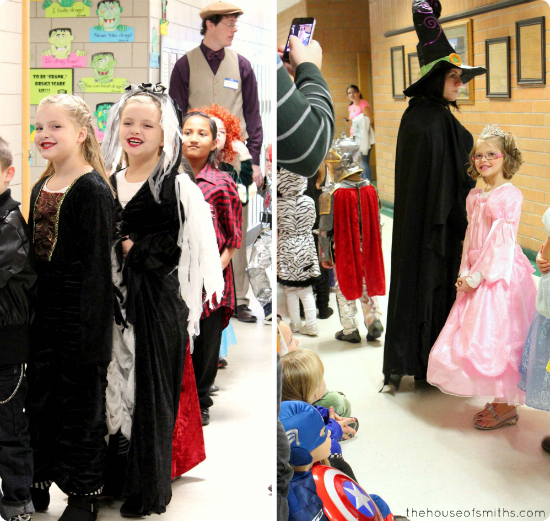 Cason and I actually high fived on the way out to the car. Our neighbor saw, laughed at us and shook her head.
…(for us) Halloween win. 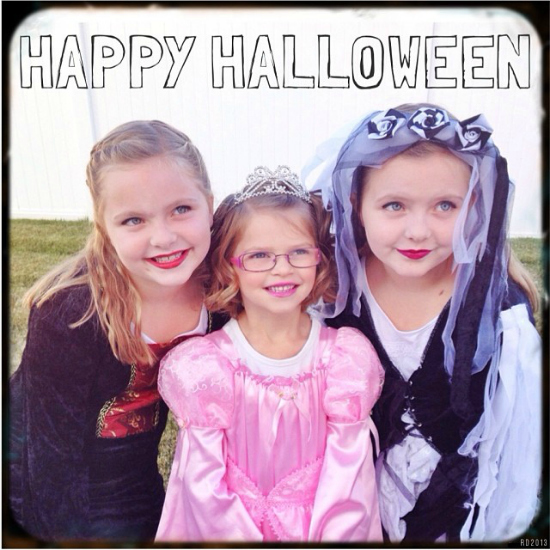 Halloween 2013
Things I’ve learned about Halloween:
1. Only the IDEA of carving pumpkins for my kids is fun.
There’s something about it that grosses them out, it’s been like this since they were little. (see photo examples below, as they watched pumpkin carving from afar)

Phrases such as, “Ew, I think I’m gonna be sick.” or “Oh no Mommy fix it, it’s head came off!” are usually part of our pumpkin carving script. This means that we “ALL” start the pumpkin carving festivities, but then Mom and Dad end up actually gutting, carving and finishing them up. Oh… and cleaning the sticky mess at the end as well. Maybe we need to start a PAINTING pumpkin tradition instead (?)
2. Girls + Halloween Prep = FUN, but Major Time Suck
Getting everyone ready, especially three girls, takes 10 times longer than you think it will. You can never wake up early enough and there are ALWAYS going to be tears.
3. So you’ll never be on time for the Halloween Parade… (shrug) – it’s cool.
When you get there you get there. But if you freak out about it, your kids will too. Stay calm, cool and collected. Don’t let them see you stress. Cason taught me this one 🙂
Here’s hoping that your day is running as smoothly as ours so far, and that tonight is just as chaotic, memorable and awesome ;-p
HAPPY HALLOWEEN!

Previous Post: « Renting Realities & Solutions when it comes to Decorating
Next Post: Collecting and Pulling it All Together – Finalizing a Girly Space »