Home / Life / Sometimes it’s Hot, and Sometimes it’s Not
A few years ago on a random weekday night Cason and I were given the assignment by his family to pick up dinner for everyone. We pulled into a pizza place close by his parents house, you know the one that always has their large pizzas on a “hot n’ ready $5 deal?” (pizza, pizza!), and we walked in to place our order.
It was totally dead, and nobody was in the store but us. As we approached the counter, towards an obviously annoyed woman, Cason proceeded to order a few cheese and pepperoni pizzas. Without ever making eye contact, she let out a big sigh and responded: “That will be 15 minutes.”
I was a little surprised, because typically, at this same sort of pizza establishment by OUR home, pizzas are always just, “hot ‘n ready” to go, like they’re ad says!
We didn’t mind waiting at all, but nonchalantly I mentioned this to the woman, and in a sudden fury, she spun around and loudly proclaimed..
“SOMETIMES THEY’RE HOT, AND SOMETIMES THEY’RE NOT!”
.
.
.

After the initial shock on our faces, Cason and I literally had to step outside of the store because we were laughing so hard. Instead of being upset or bothered by the fact that the lady had totally lost her cool, we couldn’t get past the phrase that she had used to voice her obvious frustration about us questioning her stores “pizza readiness”. LOL
Why do I tell you this story?
Well… because ever since that happened, the phrase “sometimes it’s hot, and sometimes it’s not” has been a permanent fixture in our marriage since, and it’s also what I would like to dub as this week’s entire theme. 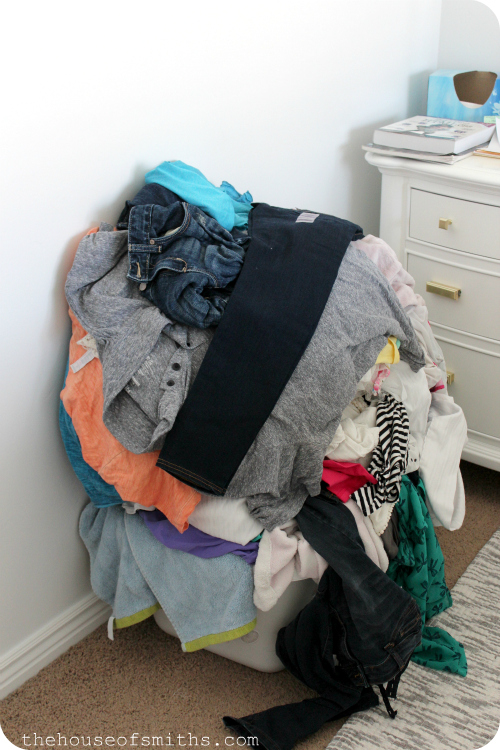 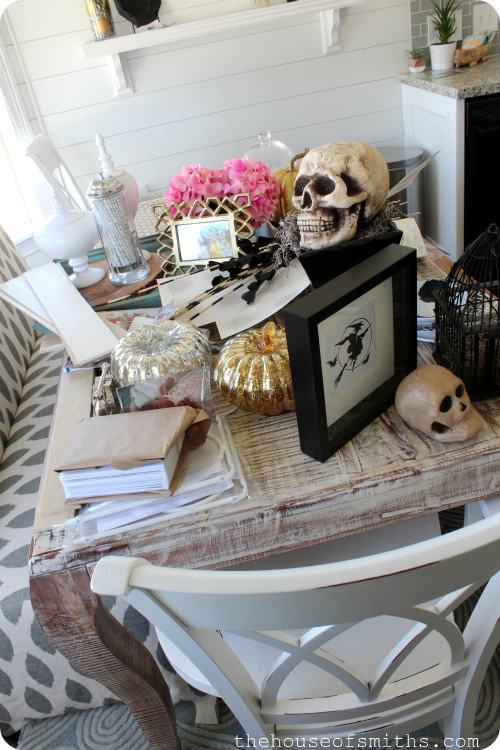 Man, there are so many days, weeks and even whole MONTH periods when I feel totally on top of things. Like when I realized our little master bathroom feature in The Better Homes and Gardens Kitchen + Bath magazine was ACTUALLY published!!! Seriously on top of the world when we were surprised with this copy in the mail early this week! Eeeek! 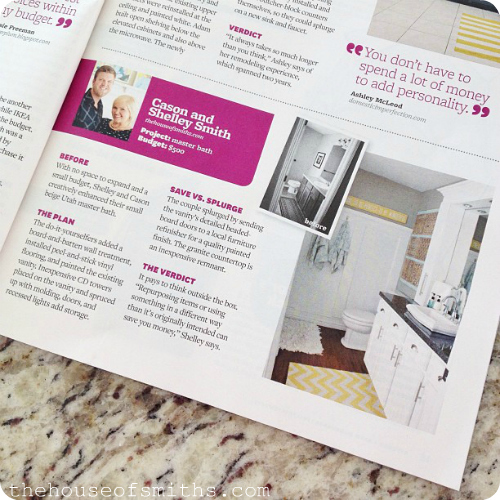 Then it’s like all of a sudden, you wake up, and a “clothing-school paper-project crap-email overload- project backup-BOMB” has hit you square on.
Anyone with me on this one? 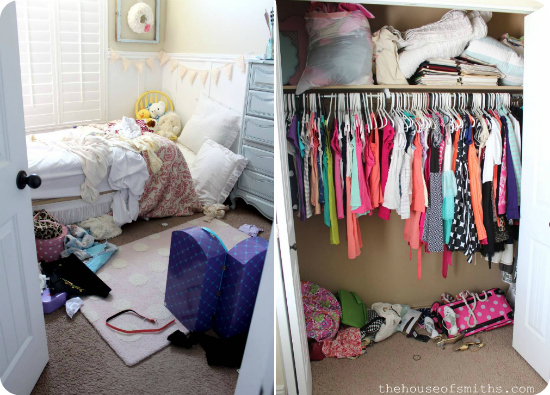 I have to say that I sort of love when people assume our house is clean all the time. (who wouldn’t?)
I mean, I don’t know about you, but that’s one of the reasons I even started a blog. Let’s get real, initially it was just a place for me to put photos to prove to myself and others that there were moments in my life where my kids actually looked put together and my house was clean for longer than 5 minutes.
And honestly… still, to this day, having a constant “journal” of awesome projects/pretty pictures of our home and family to flip through from time to time, when I’m having a really rough day, is occasionally the only thing that gets me through.
BUT… reality is reality, and often times, even though I obviously prefer a clean, tidy, organized environment… sometimes it’s HOT, and sometimes it’s NOT. 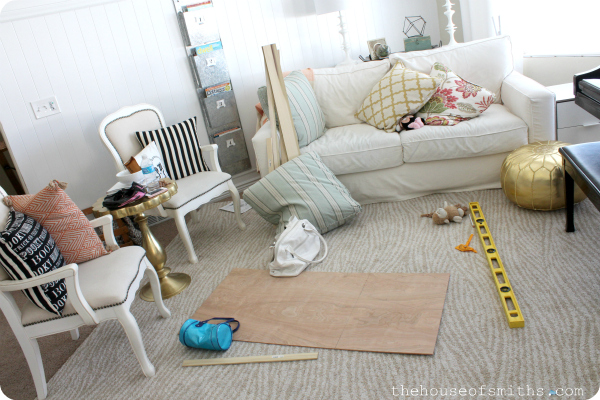 This week we had, and still have, a ton going on. We’ve been chipping away at projects, our little pup is getting spayed, I had a few events to attend, and we’ve got a weekend planned with some good friends that we’re looking forward to.
So in a nutshell?
There’s a good chance our house may look like this till next week.
Moral of the story?
Don’t plan on coming over for a visit, unless you intend on helping clean up this crazy mess, pitch in on finishing a project or want to cuddle a sad, post surgery pup.
How’s that for a reality check?

Previous Post: « Master Bedroom Update: The Lion the Witch and the TV Cabinet
Next Post: Table Redo for $12 – Holla! + My Best Tips on How to Spray Paint Furniture »