As I’m getting ready for Aubrielle’s birthday party at the end of this month I’ve had to do a bunch of little DIY projects and crafts, and this was one of my favorites! A Tulle Rosette Wreath. Modeled basically the same way that I did my Spring wreath and using the same technique as these crepe paper roses, but with tulle instead. The perfect material for a “fairy ballerina” party…
(don’t ask. ha!)
It’s exactly what she wanted. NOT just a ballerina party and not JUST a fairy party… A FAIRY-BALLERINA party.
So here’s how I did it… 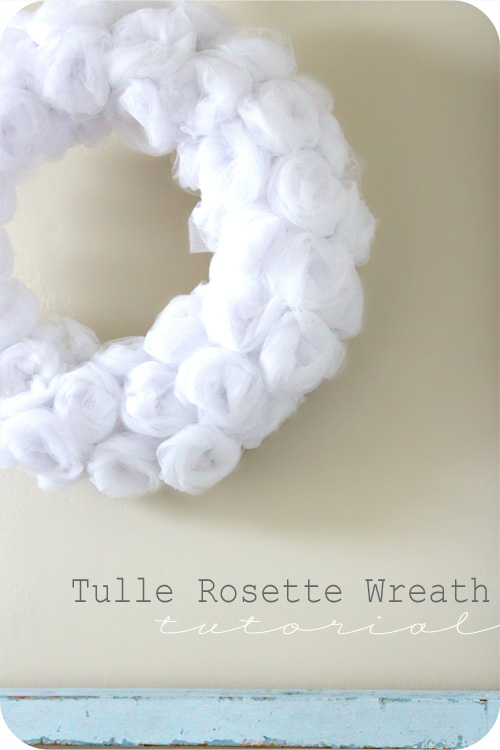 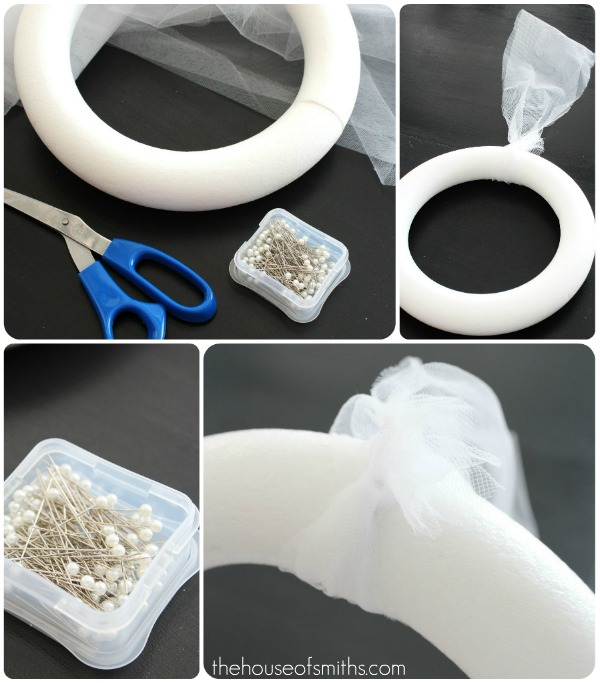 My first step was to wrap a small piece of tulle around the top of my wreath, so I would have something to hang the wreath from later. You could also wait till the end and just tack a piece of ribbon on the back too.
Next I took my tulle (that was folded in half) bunched it up, and cut about 3 inch sections off. The reason I bunched up the tulle is because it’s about a thousand times easier to cut this way, then when it’s laying flat. Trust me
🙂 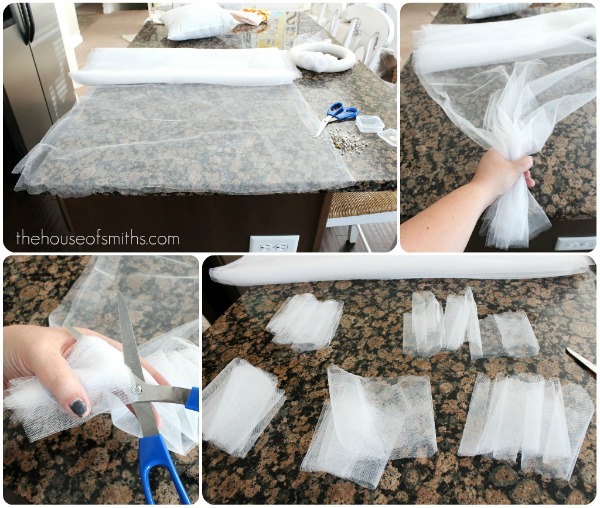 After I had a gazillion 3 inch sections of double layer tulle cut, I started my rosette making process. Really, there was no fine art, and these rosettes really DO take patience. Even more-so then with the crepe paper rosettes (or at least I thought so). Tulle is a bit finicky. It produces static cling quickly, doesn’t like to stay in place, and can become flat and wrinkly if you work with it too much. So you may have to practice making your rosettes a few times, before you start mass producing them.
I found that if I started with a “ball” of tulle in-between my fingers, and then just wrapped, crossed and rolled the rest of the tulle around my starting bud/ball, then once I was finished I could easily get my pearl headed pin through the middle, and then stick it to my wreath form without the whole rose falling apart on me. 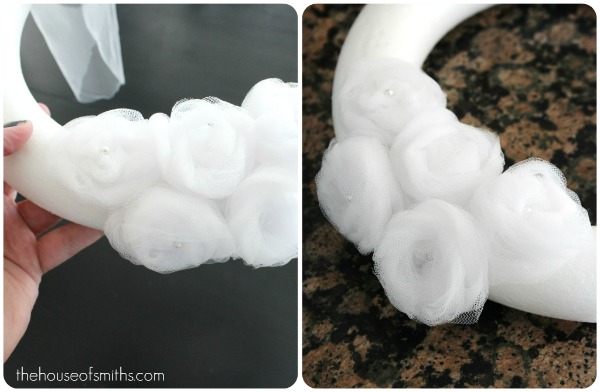 The reason I used the pins instead of glue was because the hot glue that I was using kept melting the tulle. I’m tellin’ ya, this stuff is really testy! lol. The pins have held up great, and none of my rosettes have fallen out. I think that the key is to get your pins long enough, and to put them in at a bit of an angle. That way they don’t slip out of the form.
Really, after I had the rosette technique down, the wreath only took about an hour. Which is a TON better then my crepe paper wreath that took about 3 hours. ha! Mostly, this is because tulle is bigger and fills more space, so you don’t have to roll as many rosettes. 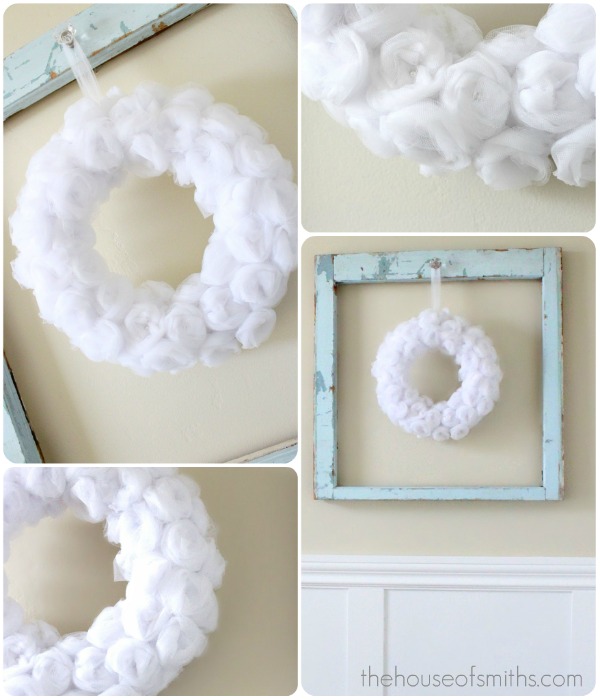 What I like about this wreath the most is that it’s a bit of a different spin off of the regular “pokey-out” tulle wreath that you normally see. I love the idea of still using tulle as my material, but making it a lot softer looking by using these rosettes instead. I think that this would look great for spring as well! Maybe with a large pink rosette off to one side, with some green tulle folded over as leaves behind it!?
Oh, the possibilities ….
🙂
I’m excited to put this on display at Aubrielle’s party! We took some photos of her in her little dress up a few days ago for her invites. She’s just getting so tall, and really becoming her own adventurous, opinionated little person. ha! It’s been really fun collecting all of my goodies for the display table, and trying to put this whole party together. I can’t wait to share all the details soon!