Home / Life / Trampoline Assembly; A Toy is Born!
{We’ve just been Bouncin’ Around, over here}
So, the girls got a trampoline for their birthday, back in February.
Cason was DYING to get them one.
I thought it would be fun too.  But secretly dashed downstairs and googled something similar to this…

Yes… I’m THAT parent.
Sue me.
Wait…..
.
.
.
lol
Don’t worry, I’m not going to post a DIY tutorial, on how to assemble a trampoline.
I just wanted to document how excited, and involved all these chicks were, to get the ball rolling on their new “toy”. 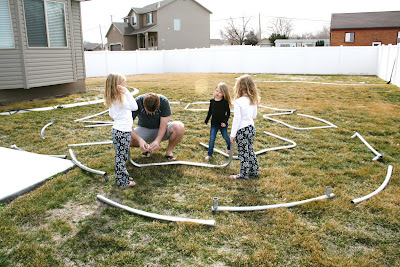 Really, from start to finish, these girls were helping every step of the way.
It was so fun to see them THAT excited about something that they get to do ALL the time at Cason’s parents house. ha!
I guess it’s different, when you have your OWN trampoline to jump on, eh? 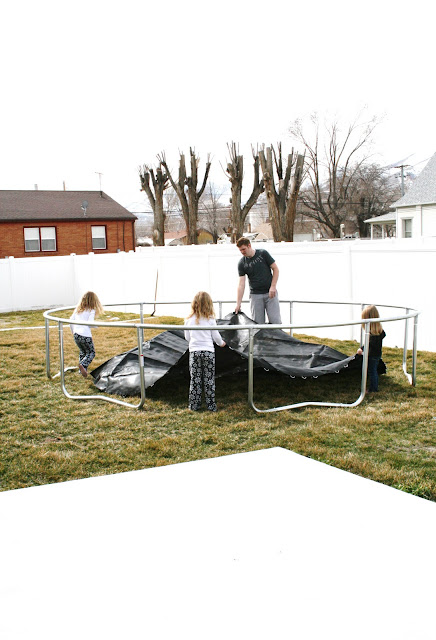 The tedious part was pulling all those springs tight!  My arms and chest STILL hurt!
If you’ve assembled your own tramp, you know what I’m talkin’ ’bout.
It’s okay though, because it was totally worth it.
The girls jumped for a full hour, after that thing was all done.
.
.
.
I don’t know what it is about trampolines, but as soon as you get me on one, I can’t stop laughing!
At first Cason thought it was funny.  But now he just gives me that,
one eyebrow up/stank look, when I can’t stop.  Which in turn makes me laugh even harder … ???
LOL.
It doesn’t matter what mood I’m in … I just can’t stop giggling.
Maybe it’s that I know I’m officially “too old” for jumping like a kid,
or that I feel “extras” bouncing around that shouldn’t
(and I’m not talking about the GOOD kinds) …
Or MAYBE it’s just the fact that I know, if I bounce one too many times, I’ll spontaneously pee my pants, from the lack of bladder control that I possess now, due to having multiple children.
Yes.
I said it.
And you just stop judging me!  You KNOW what I’m talking about. 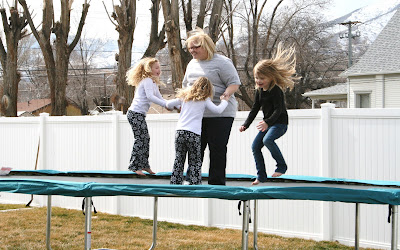 Anyway, Moral of the story…
Trampolines are pricey.
But they are fun.
They keep my kids entertained for hours,
and are worth every penny. 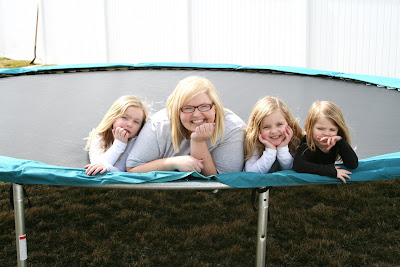 PLUS…
We’re like, the coolest parents around, for getting our kids one… right?
PS.  I never had one growing up, and always wish I had … hence the “cool” factor, I’m speaking of. lol 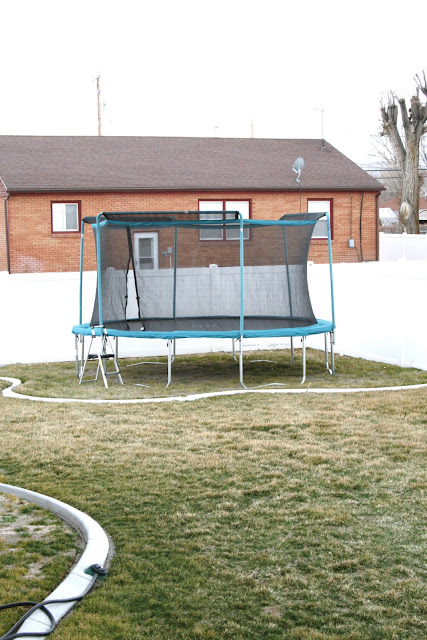 Hold on…
Does putting up the giant, obstruction of a net,
AKA: “kid keeper”, lessen my cool factor now?
eek! Hope not.
hee hee, jk
I definitely know that if anything… the “net” keeps me and Cason OUT.
Not because we DON’T want to jump, but because squeezing through that tiny opening feels as much like being birthed as I would ever want to experience,
ever again!
ehhk.
I’m sure it looks just about as pleasant as it feels.  Nothing like body spasming through a trampoline net opening, in front of your children, and potential peeping neighbors.
ugh.
Lesson learned.  Trampolines are for kids.