Home / Life / Crossing Over: Our new Ride
You know you’ll NEVER AGAIN be able to win the…
“I bought you the BEST present EVER” award, when…
Your Hubby truly, honestly… like… you had NO IDEA, surprises you with a
new freakin’ CAR for your birthday!!!
ha! 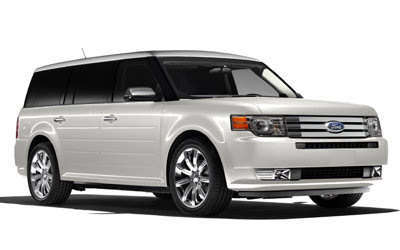 Yes… We’ve officially gone from the
“Swagga’ Wagon“
to
A “Sexy Flexy“
Or a Ford Flex, to be exact… 🙂
Let me tell you…
Even though I acted mildly bratty when I first saw it…
Rolling my eyes at my poor hubby when he directed me outside
in our driveway and yelling at him…

We don’t have TIME to be test driving cars today!  Take it BACK!”
…I really DO love it. LOL.
Gimmie a BREAK!  It’s a new CAR!
Like… in MY world… it goes… House…. Car…. Couch….you get the idea.
Big purchases, that you DON’T make WITHOUT asking your significant other…
am I wrong?
lol … is it sad that a couch is our next “big purchase” after a house and car??? LOL… priorities people!
And for about 6 MONTHS all Cason talked about was…
“Going to test drive new cars”
Who wants to do that… unless you can TAKE ONE HOME… right!?
Well… little did I know that our van was in BAD shape, and Cason didn’t want to stress me out about it… with how busy I’ve been with work and such.
(what a SMART boy!)
Transmission was going, breaks and struts needed replacing, tires were balding…paint was chipping
(this I knew)… and Cason told me that he…
“Refused to put ONE MORE PENNY into that van!”
See… this last year I paid off HIS little commuter car, in full, with money I had been earning from vinyl work.
I teased him when I made the final payment saying… “You owe me, buddy!”
But I wasn’t serious!  His is mine, and mine is his!
But secretly he had been stashing away his hard earned money to pay off the rest of our van’s loan, to surprise me with this pretty lady for my birthday…
Our Christmas AND Anniversary present!
please tell me that we’re not the ONLY couple
who has made this justification when making a MUCH needed, but LARGE purchase.
LOL
Anyway, needless to say, I felt pretty dang spoiled this time around…
Although . . . my guy is always REALLY good at that 🙂
He even took my bratty be-hind out to dinner!  At my favorite restaurant, with my brother and sister in law… to wrap up this award winning birthday 🙂 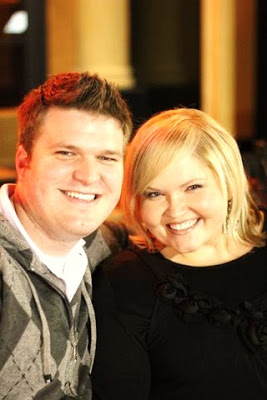 We had a really fun time. 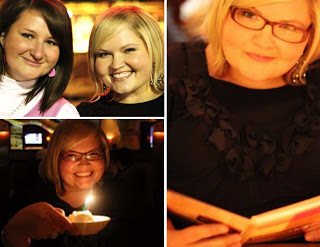 Thanks babe… for sneeky surprises, and tuxedo cheesecake…
What more could a girl ask for on her big 2-8? 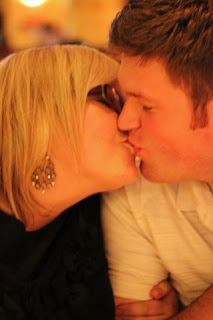 ps. My big brother snapped all of these pictures the night of my birthday with his new camera.
Thanks Mike, for capturing such great moments.
I love them all!

@classycozmetics has done it again!! This year she

YOU GUYS!! I want you to meet my latest creation: