Home / Life / Jocelynn’s Hemangioma
{Weekend and Jocey’s Omma}
Well… we’re headed out this weekend, to the Cabin with my parents.
The girls were anxiously awaiting Grandma Kim’s arrival this morning, to take them up early!
We’re excited to get away from our regularly scheduled program for a while. lol.
Got any big plans for the long weekend!? 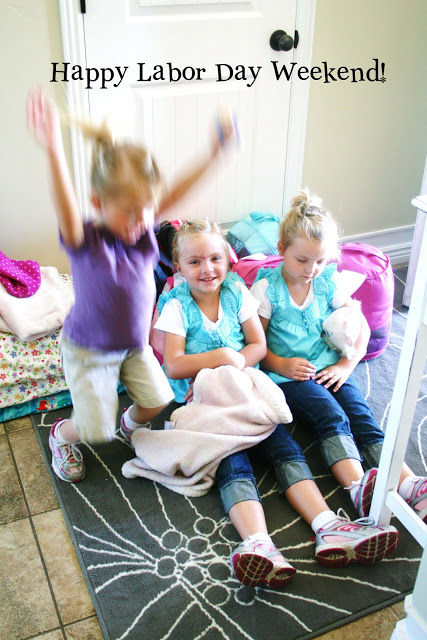 ………………..
In other news… Jocey wants to answer a couple of emails that I’ve gotten, the past few days…
regarding her Hemangioma…lol
To explain:
I keep getting the question…”What IS that?… on your daughters face?” or… “aw, did she fall and scrape up her forehead?”
Thanks for the concern, but it’s actually just a certain type of birthmark, that goes away with time 🙂
It started to show up about 2 days after she was born.
And it ballooned into this FULL on huge red mark, about 2 weeks later.
It’s called a Hemangioma. 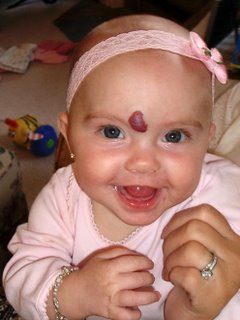 We were pretty freaked out (being first time parents and all) but after a few trips to the pediatric dermatologist, we learned all about those crazy “Ommas”…. as we like to call them 🙂
(she used to have a really small one on her back, but now it’s gone)
As she’s gotten older, it’s gotten lighter and lighter. 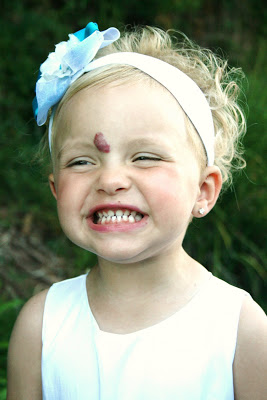 It used to be really raised and now it’s just totally flat! 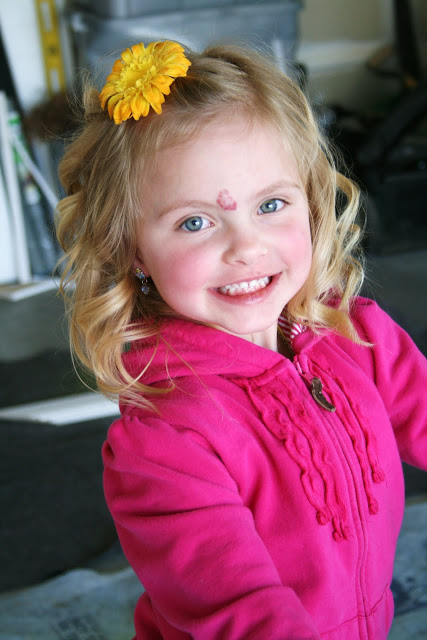 Here’s a little blip about how Jocey feels about her’s.
And yes… I sometimes try to tell kids it’s “just LIKE a freckle” in the fact that it doesn’t hurt to touch… not that it IS a freckle…lol
you get the idea.
She IS starting school next week for the first time. eeek.
I get a little nervous, because I won’t be there to help her “explain” to others what it is.  And sometimes kids can be mean!
Does this feeling ever go away, once your children get older???  The need to answer FOR them, or make sure that they don’t get made fun of, or teased?
Just tell me, yes. LOL
Have a GREAT! Weekend everyone! 🙂

I get asked often... “How do your kids always ge

@classycozmetics has done it again!! This year she

YOU GUYS!! I want you to meet my latest creation: