Home / Living Room / Planked it!
Done, da, da, da, da DOOOONE!
Yes, the VERY FIRST wall has been planked, and that officially means, the Smiths have made their mark!
I’ve been super excited about finally having a fireplace in our new house, but the lack of shelving, built-in storage or really… ANYTHING around our little fireplace, has underwhelmed me since we moved in.
Oh, and yeah, that’s Cason’s ginormous TV on a iiiiitty-bitty folding table. There are plans for all of that corded mess and humungo screen to go down in the basement once it’s finished. We’re getting close (more on that later) – but for now, it’s the only TV in the house that the kids can watch, so this is how we live for now.
Super “industrial” right!? #trendsetters! 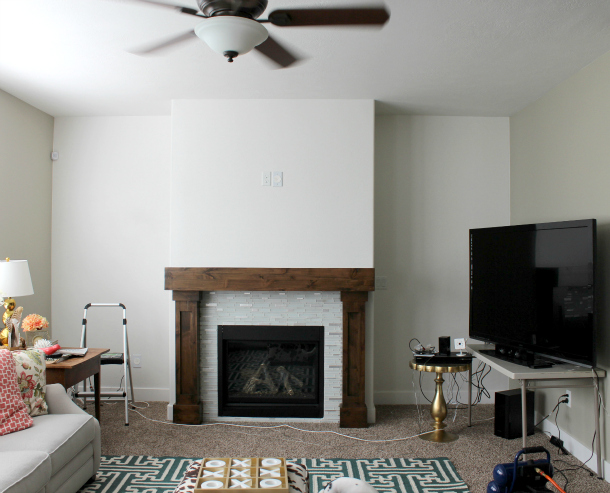 Since I was so in love with our planked wall in the last house, I knew I had to recreate it somewhere here, and this wall seemed like the perfect place.
For a FULL tutorial on how to do this sort of wall treatment, you can look at our DIY wood planked wall how-to here. 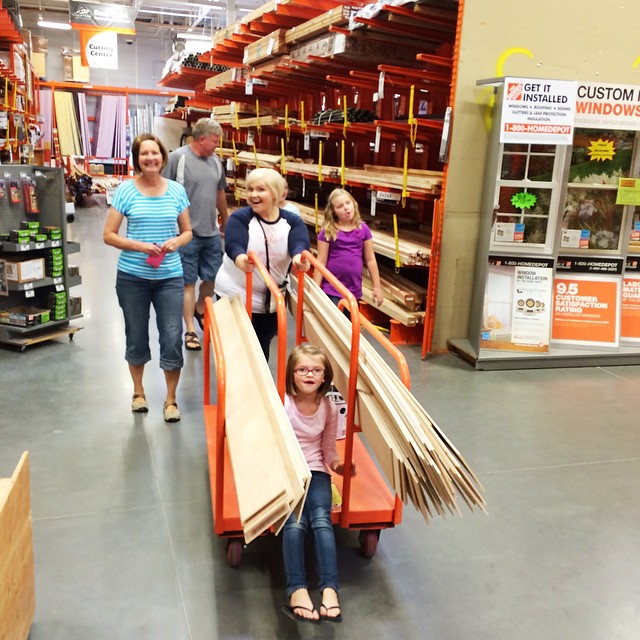 No messing around this time, I was determined to get the planking done in ONE day, if it killed me. Cason’s dad came to the rescue and acted as the official “measure-er dude” and the twins even did the majority of the sanding once we brought the 6 inch boards home. They were life savers! 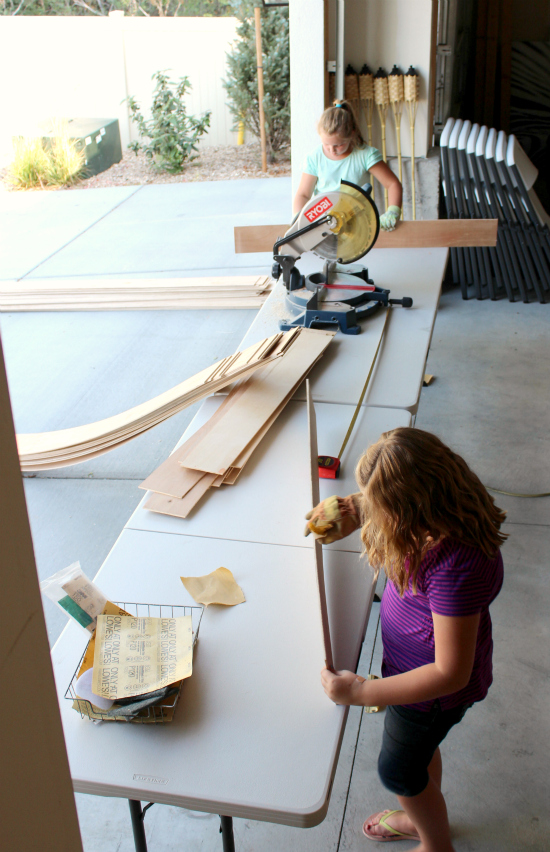 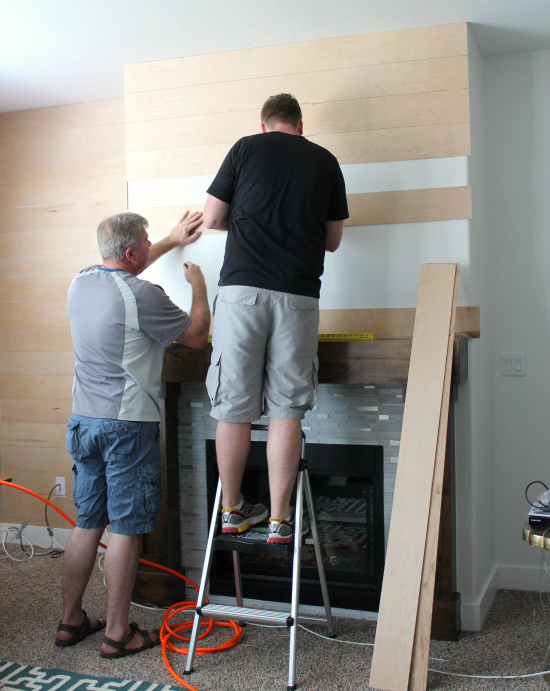 It literally took all day… but we DID get the planking portion finished! 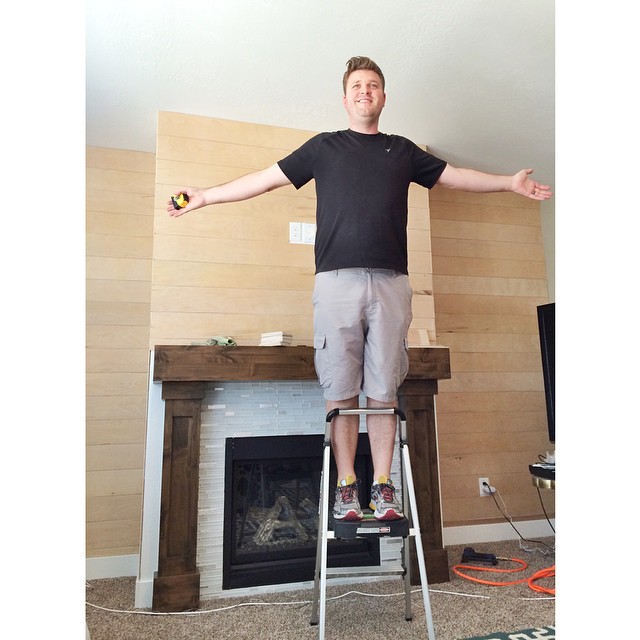 I love that kid. ha! 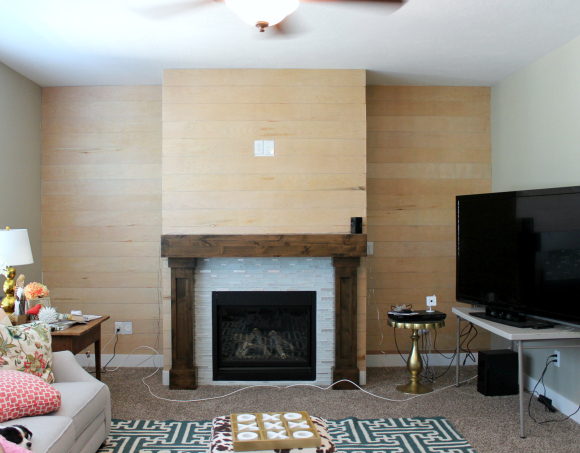 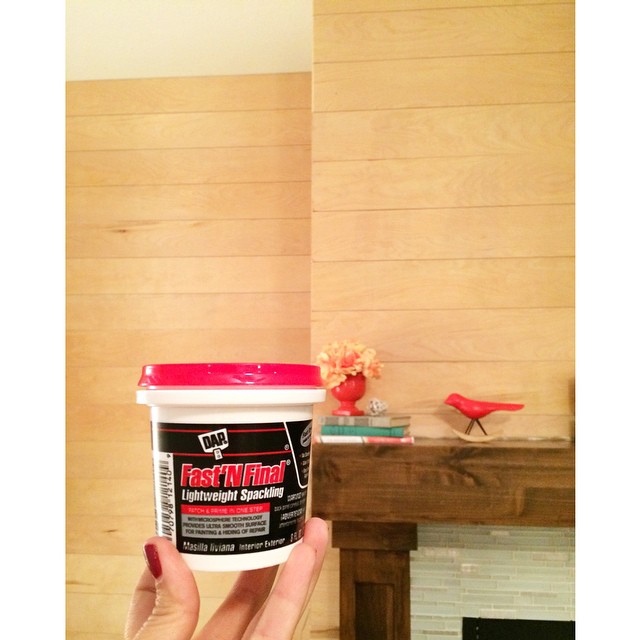 The next two days were spent filling a billion little nail holes and priming, painting and painting some more. bleeeh. 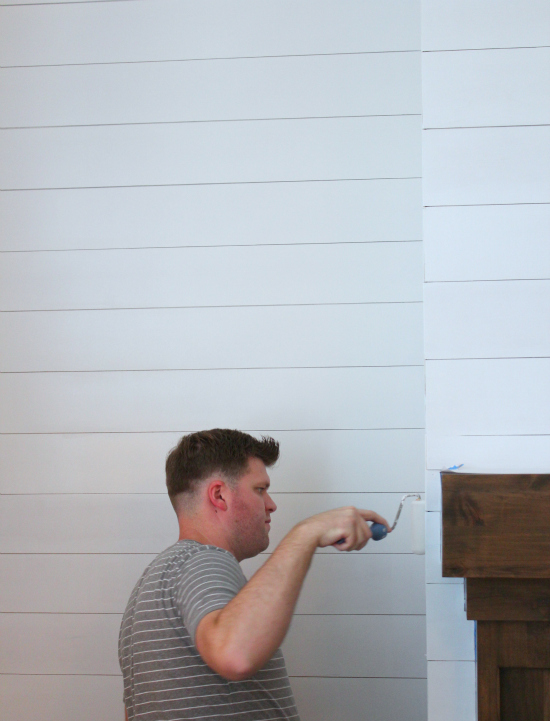 FAQ:
1. We started with two really good coats of a stain blocking primer. 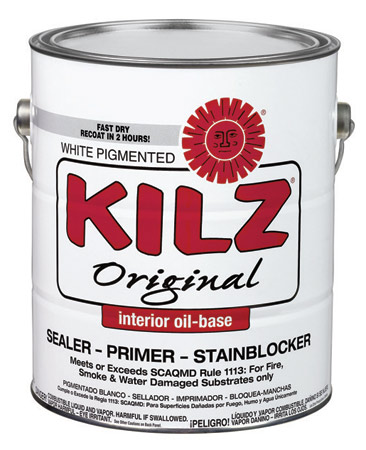 2. Our final white paint color was called, High Hide White and we did it in a SEMI-GLOSS finish.
3. We always use a smaller non-textured roller. It makes for a very smooth finish in the end. 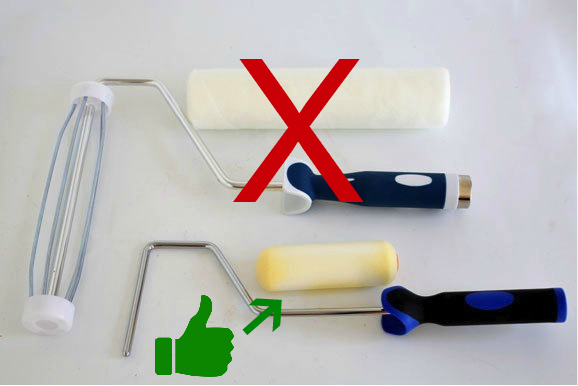 photo by Diane Henkler via My Colortopia
4. No, we don’t paint in between the planks. If paint DOES get in there, we just use a spatula to get the drips out. 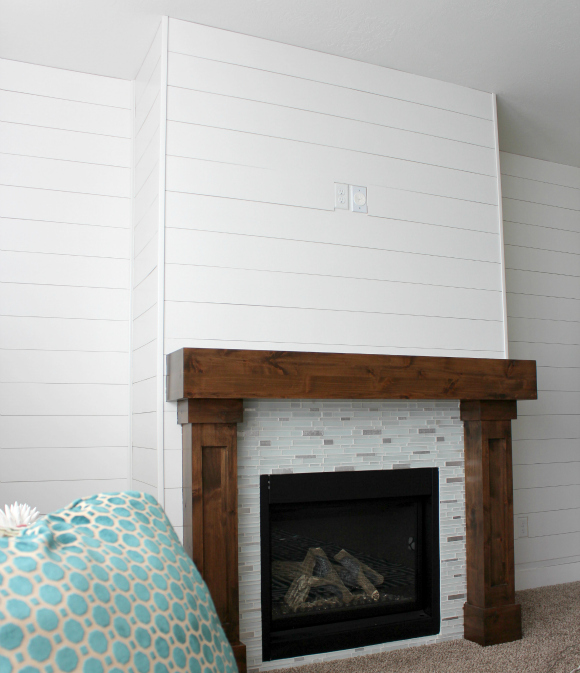 We’re LOVING the finished product. It gives the room some much needed visual interest and lightens it up so much more!
Eventually we want to do those built-in cupboards with shelves that flank either side of the fireplace for extra storage and such. We’ll never have a TV in this room, so we don’t have to worry about that, although the outlet up on the wall may still come in handy if I want to plug in a cute lamp or hang a wreath with lights or something 🙂
Now I just need to get rid of that big ol’ brown, boob-light fan…yikes! 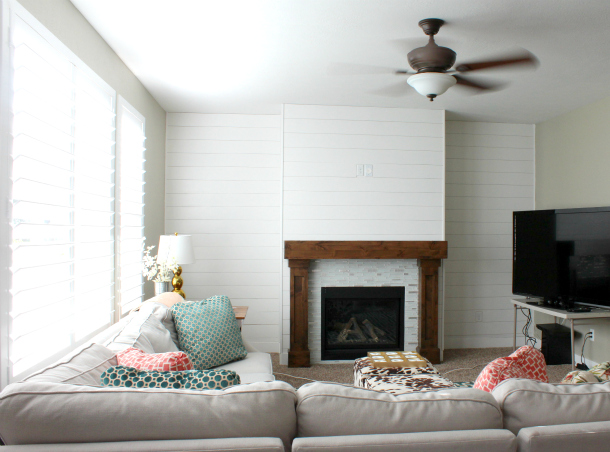 Oh yeah, AND finish my freakin’ family room in the basement so the kids have somewhere other than our main living room in the house to play and trash.