When Cason and I first started thinking about having babies, we were pretty much babies ourselves. I knew that I wanted to be a Mom more than anything, but once we rushed through the “getting these little humans physically here and on this earth stage”… I realized that we had NO idea what we were actually doing. ack!
It’s all good though, because the more and more I went through my daily life, with basically three babies, I came to a quick realization that regardless what age new Mom’s and Dad’s were, we all felt a bit clueless from time to time when it came to knowing how to best parent these new beings.
No matter what type of advice was given, or how many books me and Cason read about how schedules, eating habits and proper behavior were “suppose to be” for our babies and toddlers, I swear, they ALWAYS seemed to pretty much do their own thing and in the end, we sort of just figured it out as we went along. 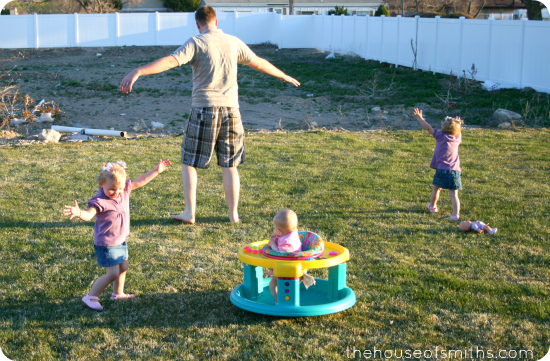 Fast forward 5-6 years later, and now our “babies” are all grown up… literally! 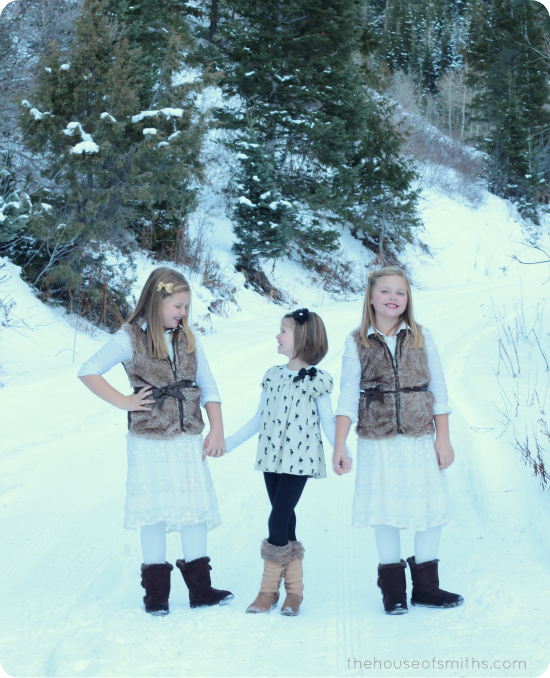 Have I mentioned that our twins are just a mere SEVEN years old and only about a head shorter than ME now!? 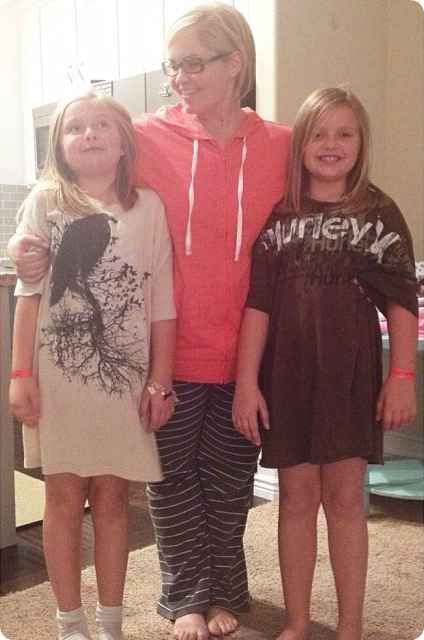 Life as a parent is so amazingly confusing and wonderful all at once. One minute you’re worried that your babies won’t do all the things they’re suppose to emotionally and physically, and then the next second you feel like you’re worried about how what YOU’LL do and say will affect them, emotionally and physically. (insert panic here)…It’s a very strange shift that we’ve experienced, especially this past year.
Now that my three girls are all old enough to laugh, joke and carry on full conversations with me about moments that define their lives, feelings they experience and emotional struggles that they are going through, I am so much more aware of EVERYTHING I say while talking to them, or even around them. As their main influencer and woman role model in their daily lives right now, I believe that it’s monumental to how they’ll treat and think about themselves and others, in the future. 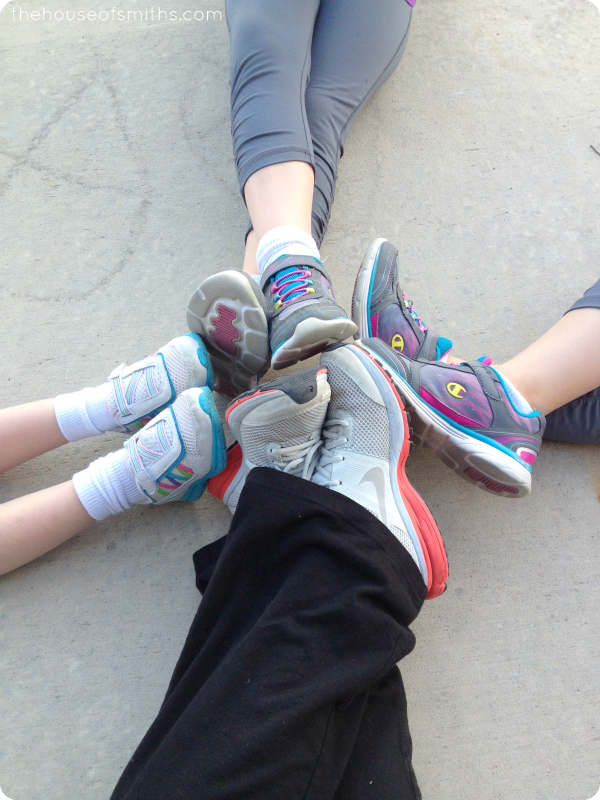 These past few years as I’ve undergone my whole lifestyle change, I’ve obviously taken into account ALL the things that I want to improve about myself. 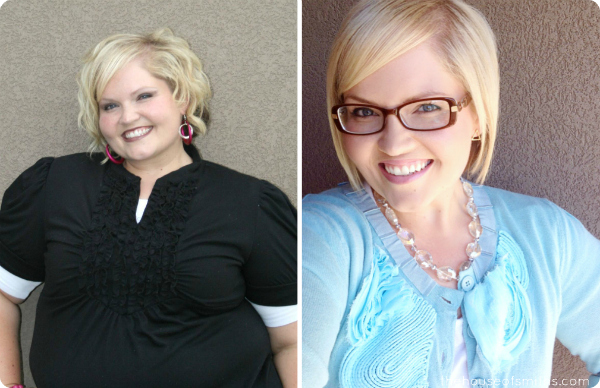 Surprisingly though, it’s not just the number on the scale. When you’re working on bettering yourself (in ANY way), there’s a process that happens that… well, to be honest… sucks at first! I like to call it…
“Making Peace.”

In short, this was a process where I physically wrote down on a piece of paper things I could better and change about myself, and things that would probably always stay the same (for the most part), that I’d have to “Make Peace” with… such as height, body type, certain character/personality traits I have, etc… It was sort of like finding myself again after all the years of having babies, changing jobs and discovering my new passions in life. It was a way for me to reconnect with who I really was, and who I really wanted to be. In whole, it took me to an insecure place at first, but then wound up being the BEST medicine, because it made me feel so much more confident in me and the goals I was trying to reach in the long run. 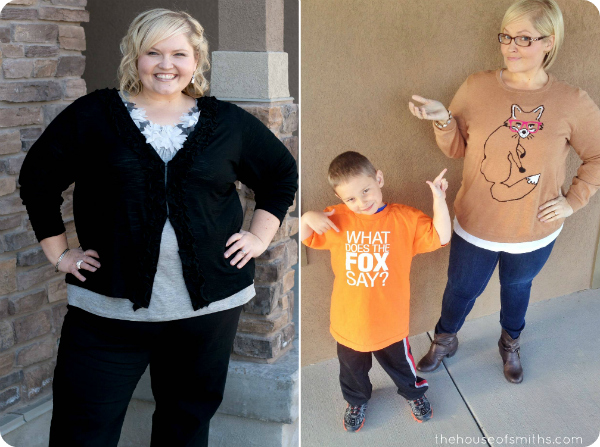 Something else that going through all of this forced me to do, was change the way I think and talk about myself in front of other people… mainly my friends and husband, but especially my little girls. Really trying to put into action the sayings “Do as I Do” AND “Say as I Say”.
That’s why these next couple of months, you’ll see me being a big supporter of a new campaign that Special K has launched called Fight Fat Talk. 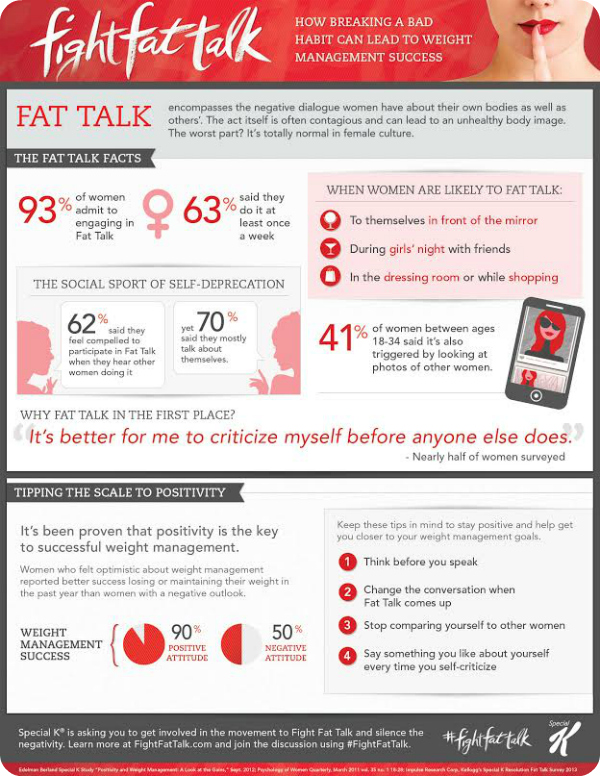 I’m sure that you’re aware of how Special K is always trying to help women choose healthier choices in their daily eating routines, but I love this idea even more so, because it goes one step further, and really hits home with me. Instead of just focusing on what you should EAT, I feel like they’re starting at the root of the problem… how we as women, perceive ourselves.
Special K believes that “Fat Talk” and negativity about our own body image, is so deeply imbedded into our everyday conversations with friends and family, that it literally becomes a weight loss and body image improving barrier for all of us!
I couldn’t agree more.
Negativity and “Fat Talk” can catch on in a group of women like a wildfire, and before you know it, you’re losing motivation, hope and determination to become that better you, quicker than you even realize. I know… I’ve experienced it firsthand, and as hard as it is to admit, have even been on both sides of the situation.
That being said, I’ve learned that even though it may take a bit more work and thought, POSITIVE words and judgments about your body and others, is also very contagious. Nobody wants to be the “Debbie Downer”, right? So whether it’s saying something good about yourself or someone else in a dressing room, in a photo, or just on the street as you pass by… you’d be amazed at how rapidly it can change the mood or tone of a conversation. And for me, as silly as it may sound, sometimes to keep things in a positive spirit, I’ve had to learn to just say nothing at all, or change the conversation completely! For an extroverted, overtalking, opinionated personality like mine – this is sometimes easier said than done, but I promise, it always pays off
🙂
Do you struggle with fighting the Fat Talk in your daily life? Or as Special K says, “tipping the scales to a more positive conversation” when addressing your body image or others? If so, then take the pledge to try and “shhhhut down” fat talk this year, as we head into new resolutions and beginnings. I honestly think it CAN make the biggest difference in how we feel about so many more things than even just weight loss and body image, in our day to day lives.
xoxo

Disclaimer: Thanks to Special K for sponsoring this post to help #FightFatTalk!