Home / Life / Cottages and Bungalows Magazine Feature – Squeeeal!
So, would you totally dislike me if I told you that 2011 has been FILLED with tons of secret keeping over here at our house? Literally I am THE WORST secret-keeper, when I’m excited about something…and I hate to say it, but I have a few ‘secrets’ that I’ve HAD to keep, and I feel like I’m about to burst!
I guess I should clarify and say that some of these so-called “secrets” really aren’t secrets at all. Mostly just things that I didn’t want to talk much about until they REALLY happened. (in fear of jinxing them) Does anyone else do this?
There have been a few times in my life that I’ve gabbed about something that COULD happen and get really excited… just to find out that it’s not going to really work out that way in the end. (makes you feel quite silly, especially if you’ve told almost everyone you know) So… I’ve learned my lesson, and even though it’s EXTREMELY hard for me, I’ve tried to foster the talent of just being patient and waiting for the “right” time to reveal things. (which usually means when they’re ACTUALLY in motion, or have already happened)

Have I lost you yet?
No? Good…
So on with my story.
A few months back I was contacted by the cute editor at Cottages and Bungalows magazine. She asked if I’d be interested in submitting my pantry for a feature in their January organizing issue. 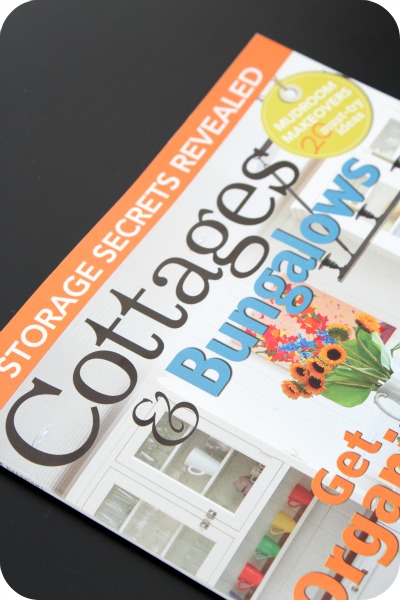 Um… someone pinch me!…

When I got the email I ran straight upstairs to where Cason was and almost burst into tears out of pure excitement! (okay, I actually did). Being featured in a magazine has been on my “bucket-list” since we started getting a little bit more exposure for our projects. And for me, Cottages and Bungalows was one of my top 5 “Oh my gosh I’d totally freak out and be massively flattered if they ever featured anything I’ve done” magazines. It’s such a great publication, and really speaks to my style as a DIY’er and self-proclaimed ‘designer’. (I use that term for myself loosely)
As January rolled around I waited anxiously for my copy to come in the mail, and nothing! So I searched high and low for one in our local stores, but had no luck 🙁
Finally a fabulous reader and fellow twitter-er-er (?) did me the ultimate favor and mailed me a copy herself.
(LOVE MY READERS! Thank you Gloria @ Potentially Beautiful!)
Only a few days later C&B sent me a couple of copies to have… yes, I was THAT impatient
🙂 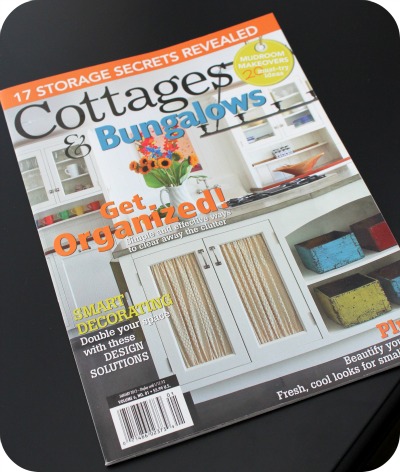 I really wasn’t sure what to expect from the feature, but even if a teeny photo at the bottom of a page was included of one of our projects, I would be ecstatic! So you can imagine my excitement when I opened to about page 68 and gasped over this ridiculously awesome 2-page spread!!! 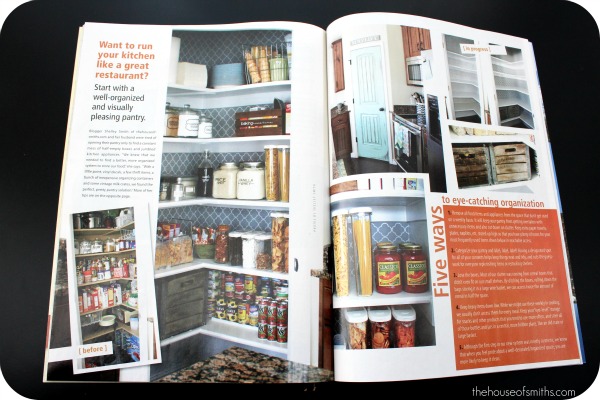 I’m about to get dramatic… but, you know those moments in life when you feel so happy that your stomach turns, your heart feels like it’s going to burst and you do that weird subconscious ‘cup-your-hands-over-your-mouth, squeal-like-a-baby-pig and dance-from-side-to-side-like-you-have-to-pee…jig’ ???…
.
.
.
Yeah…That happened. 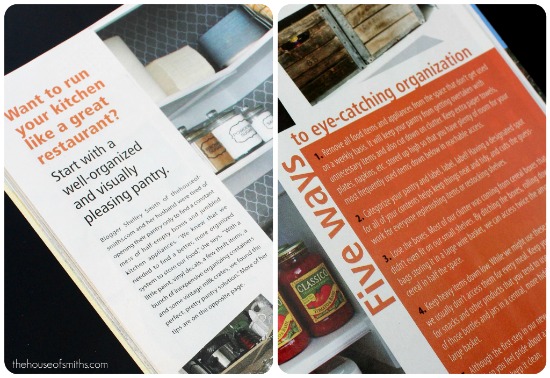 I know, I know. It’s probably old news to most of you… “bloggers and their projects being featured in magazines”… but for me, it was a first. A freakin’ awesome, I couldn’t be more surprised, thrilled and amazed…first! It really made me stop and think about just how far that our little hobby, blog and family have truly come in the past two years. From jobless and directionless, to being published in one of our favorite magazines.
Blogging has changed our lives. It’s given us ambition, drive, income, passion and (for me)… purpose. It’s been such an amazing journey for us and even through those ‘face-plant-to-the-palm’ moments, while learning through trial and error how to manage and cultivate our talents and blog … we still feel like it’s one of the best decisions/risks we’ve ever made.
Thank you for the endless amounts of support. We are beyond thrilled and anxious to share all of our latest adventures with you in this new year… sticking strictly to our original ‘game-plan’of keeping our blog authentic, real, personal and as easily relateable to the everyday DIY’er and decorator, as possible.
🙂

Previous Post: « Catch more H of S goodness now on the Homes.com blog!
Next Post: My Colortopia by Glidden »