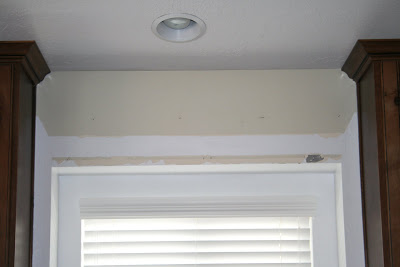 Well I REALLY wanted to do something eye catching with it…
ONE… because we paid extra money to have this neat pop out window feature, when we built the house,
and TWO… because it’s kind of a focal point when you walk in the kitchen.
We had some extra molding left over from framing our other kitchen windows out so we threw some up,
thinking it would look really great, and well…. Ended up hating it. 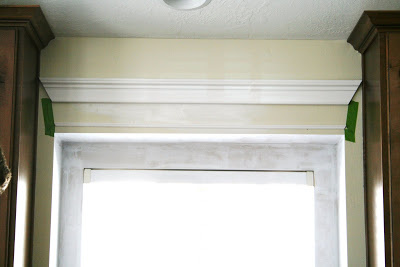 So…. Down it came… Leaving THIS big hole in the wall.
Ew.
Now what!? 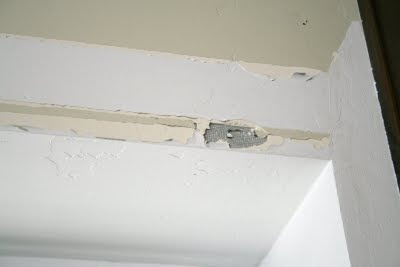 Well… My neighbor Ronda had this great roll of textured wall paper, that she found from DI, and she said I could experiment with it, for this space I wanted to fill.
Off we went.
I have to say I have NEVER hung wall paper. I’ve torn it down a few times, but never actually PUT it up.  Cason however was a pro, and pretty much did the whole thing.
First, he used a piece of paper, and shimmy-ed it under the crown molding, on top of our cabinets, and traced a template, so we would know exactly where to cut out for the wallpaper.
What a smart kid, right? 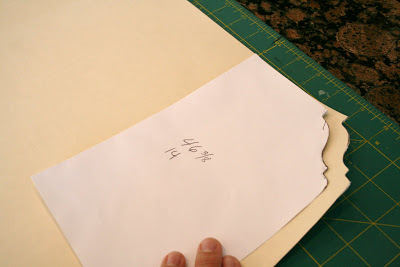 After we measured it all up, we made sure it would fit.

Then we did the whole, fill the bathtub with warm water, soak the paper, and put it up deal.
Used a sponge and then squeegee to get out all the bubbles and bumps. 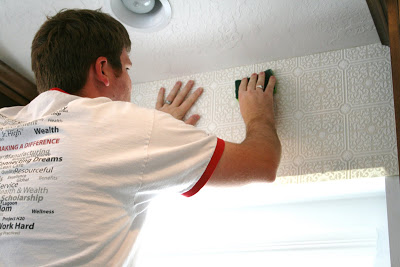 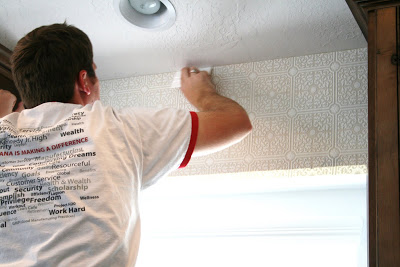 We wanted to make sure that we had enough to move the paper around a bit, so then we just cut off the excess with my exacto knife.
Cason took a pic, so you could see how I did it.
It was actually a bit tough, because the texture would tend to rip, if you didn’t rock the knife a bit. I tried dragging the knife, and it started to rip UP.!!! Eeek. Learned my lesson, real quick. 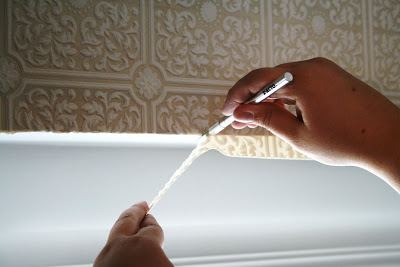 The design is PERFECT for this small space.
Once it’s dried for 72 hours… you can PAINT IT!  I’m just going to go over it with some white, to really make it pop. 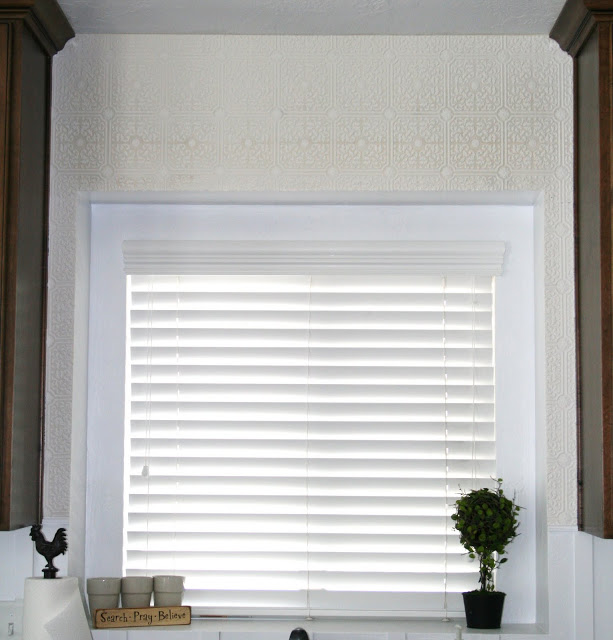 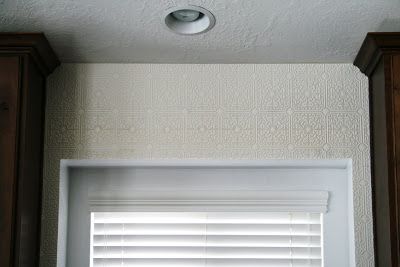 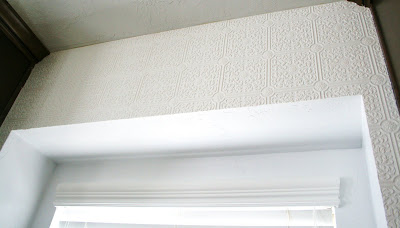 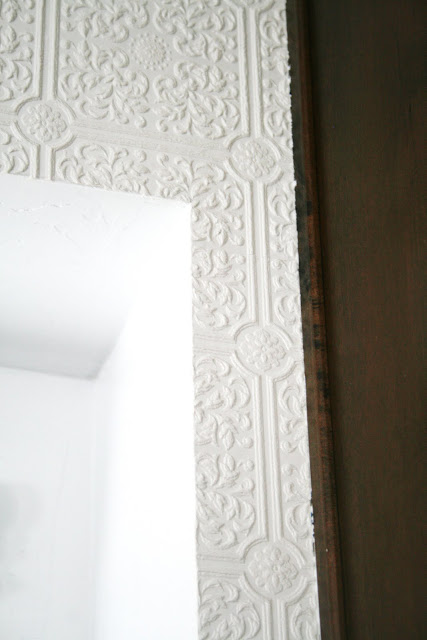 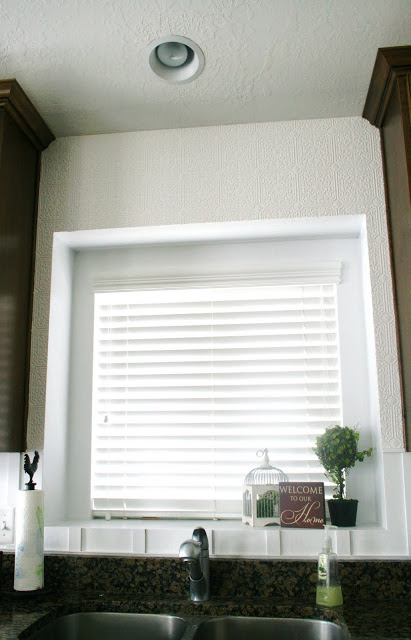 I love that this look comes together more and more, with each little project we do! 🙂